The Kilis Gate sits near the Syrian border at the Turkish end of a 2km no-man’s land between the two countries.

The border gate is closed today to all but ambulances taking the wounded to a nearby hospital. There is a steady flow.

Sitting, waiting patiently at the gate are the dispossessed.

Refugees who are too poor or ill to join the migration to Europe and those who have given up on life in Turkey.

They are waiting for a chance to return to their homes in Syria.

“We have lost our children, our homes, our country. I want to be shot and to die,” says one elderly woman waiting to make the journey home.

Others are hoping to take advantage of what they say is better access to medical treatment in Syria, where various groups such as the Free Syrian Army provide care.

We meet a family taking shelter from the rain under tarpaulins. They are shy and suspicious but agree to speak to us.

With small children through to teenagers they are moving back to a part of Syria controlled by ISIS. “It is safe as long as we abide by the rules. Abide by the rules and we can live in Syria – our country, our land.”

They are farm workers and have been unable to find work in Turkey. They feel they have no choice but to return to their village.

They say their homes have been destroyed and they will take their makeshift shelter with them.

The conversation feels tense and the younger males appear hostile, so we move on. 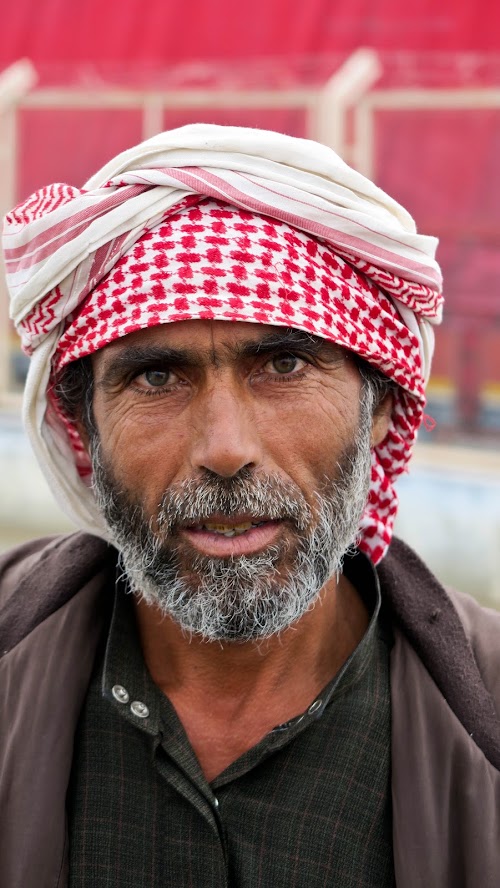 In a poor neighbourhood in Kilis, a town not far from the Turkish Syrian border, the Syrian Blue Cross Hospital looks after patients with injuries which have left them paralysed, without limbs and suffering from trauma and shock.

It is a small facility (47 beds) which works to rehabilitate Syrians injured in the conflict.

The hospital is built from a series of large prefabricated buildings with a pleasant outdoor garden area. Before we begin our tour we meet with the Chief of Staff in his office, which doubles as a meeting room and storage area.

The hospital has four doctors, 14 nurses, four physiotherapists and two psychologists, working on a roster which covers 24 hours, seven days a week. In spite of the lack resources the cleanliness and efficiency of the facility is obvious and impressive.

“We look after people from all sides of the conflict. We do not ask (who they fought for). It is not important,” we are told by a nurse.

“85% of our cases are war injuries.” The rest are illness and accidents in the Northern part of Syria.

The staff are proud of the social psycho support they offer patients. In this environment it would be easy to only look after physical injuries and they are excited to talk about their counselling programme.

“They suffer from traumatic shock. Shock of the mind,” we are told. Staff work with patients and families to try to overcome these obstacles with patients staying at the facility for up to three months.

We toured the clean well-kept wards and continued to be impressed by the orderliness of every aspect the facility. The staff were friendly and many with good English stopped to introduce themselves and to welcome us to their work place.

In one ward we were introduced to a group of now paraplegic fighters, injured in the conflict. They were all young men who now faced uncertain futures, yet were in good spirits and happy to see Western visitors.

It was at the Blue Cross run Syrian Hospital that we met 12 year old Fatima, who had been left quadriplegic after being shot through the neck by a sniper. Her family had come under attack in the northern country side of Aleppo. Her father was killed in front of her by a sniper’s bullet and her mother and grandmother shot and injured in the attack. We ask about Fatima’s future once she has been released and are told that a Turkish woman would take her into her home. 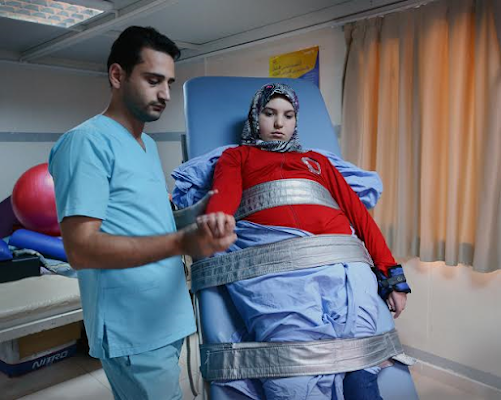