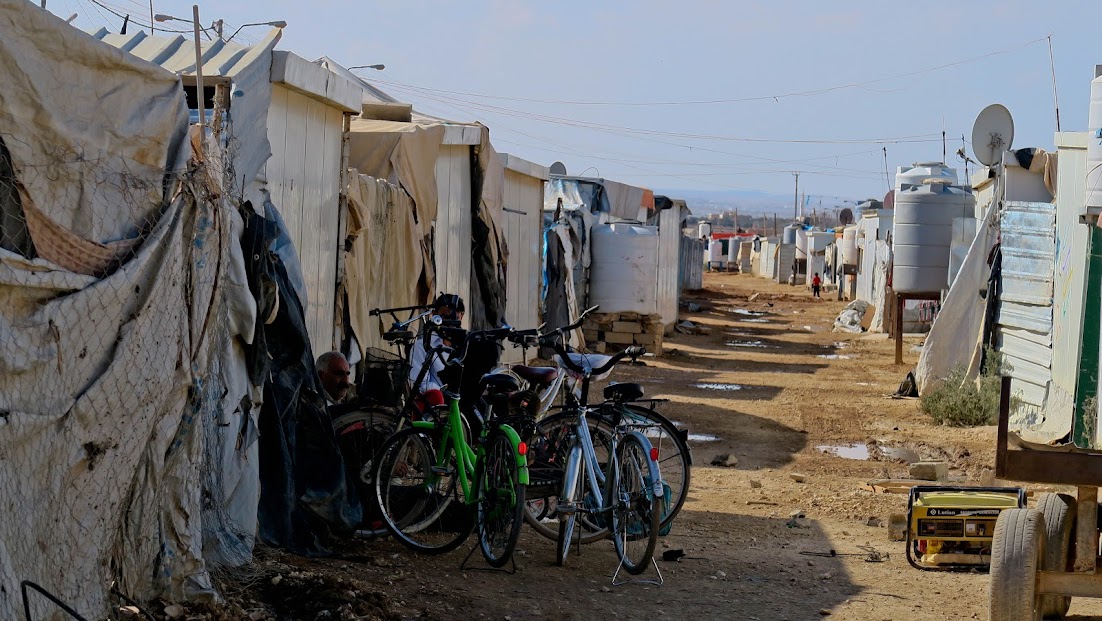 Zaatrai has changed a lot in a year. Tents have been replaced with portacom type caravans and it has more of a feel of permanence about it. Residents have turned from talking about life in Syria to life in the camp. Some look towards Europe for a new home while others talk of an end to the war and a return to Syria. All we speak to agree that Zaatari will not, as suggested by some commentators, become their new permanent home.

Brides and child labour remain a blight on Zaatari as families without adult males struggle to survive within the UNHCR camp.

A’arfa lives in a caravan, in the camp’s most run down district, with her two children.

A third child was married off to neighbouring family in a traditional (arranged) marriage at 14 years of age. The child is now 15 and pregnant to her 23-year-old husband.

In spite of the schooling on offer her son, 12 year old Mohammad, works for six New Zealand dollars a day, in the harsh desert, filling sand buckets for building sites.

The family needs the money and can’t afford for him to attend school with his younger sister (7) – he is now the bread winner for the family. “I live in a very bad situation,” says A’arfa. “I don’t have a man to protect me.” Her husband, a driver, was killed in Syria going to the aid of others. “He was trying to take (injured) people to hospital. The plane hit him and blew the car to bits. He was helping.”

A’Afara has been doing what she can to get a job, so that her son can return to school, but says no-one will hire her. She has been looking for work in the nearby fields and cleaning jobs in the camp. “No-one will help me.”

The $40nz per person per month allowance from the UNHCR does not last more than a couple of weeks, she says. Her brothers are still fighting in Syria and can’t help her. “All I want is to escape my situation. But it is a common situation. A normal situation. Many women are in the camp without husbands.”

Asked about her daughter’s traditional marriage A’afara says “it is much better for her and me. She has to get married…because of her reputation, so she has a man for protection.”

Later we meet her daughter Mona, who visited her mother’s caravan with the “permission” of her mother in law. Seven months into her pregnancy she is worried about the future of her unborn child.

She is not “formally” married because of her age and as a result won’t be able to get a birth certificate for the baby from Jordanian authorities. Meanwhile her husband has returned to Syria and is not allowed to re-enter the camp.

“They need help,” she says. She says she will not go to Syria to join her husband and will remain in the camp. She appeared sad and tearful. She said she missed her mother and her family. This was the low point of our trip. Mona’s situation seemed hopeless.

A Year on for family

It is just over a year since we met Fatima and her extended family struggling to survive in tents as a poor family on the margins of the camp. They are excited to see us again and we give the children small Chinese made toy kiwi’s which squawk loudly throughout our visit. The extended family sits around us as Fatima updates us on the past year. Life is better for the family and they now live in a caravan as part of the camp’s improvement programme. They received the caravan just before winter and were really pleased to get out of the tents. However, the small one room caravan is home to five people and is cramped and unhygienic. Water leaks through the roof and the walls and the children were ill with flu and colds over the winter. The caravan is an older design. Newer caravans have a separate kitchen and a living sleeping area. Families with money are able to buy extra caravans, open shops and build a life in the camp. Fatima says her family is unable to get ahead and is barely surviving. I ask about her son’s feet. We saw them last year and they were terribly infected. The boy is ushered in and we see his feet (pictured), they remain the same and he is unable to attend school because he has difficulty walking. On $40nz per month per person they say they barely survive and the elderly father works when he can as a street cleaner to try to make ends meet. They are a long way from the market and a trip to the shops involves several hours walk with heavy bags, “just essentials, no treats,” Fatima says. Members of the family are emotional and several are in tears as she describes how hard life is in the camp. Fatima continues to worry about her sons with the Free Syrian Army. A recent bombing in the village where they live killed nine and injured 13, she says. “We need help,” she says. I ask if they have a case worker. “Our case worker is Allah,” she replies.

In spite of being referred for surgery for a blocked heart vessel, 39 year-old Syrian refugee Mohammad Ali is unable to get treatment in Jordan. We met his wife Yosra (38) while walking through the streets of Zaatari and like many people she invited us into her home, seeking help. She lives in a small but relatively pleasant caravan compound with her four children and her husband, who she says is becoming increasingly unwell. Yosra shows us her husband’s medical notes. He has been referred for treatment outside the camp, but tells us hospital authorities say the procedure is too costly ($16 000 NZ). Yosra cries while she explains that her husband can no longer work. “He gets tired,” she says. In the mean-time he is treated with aspirin. 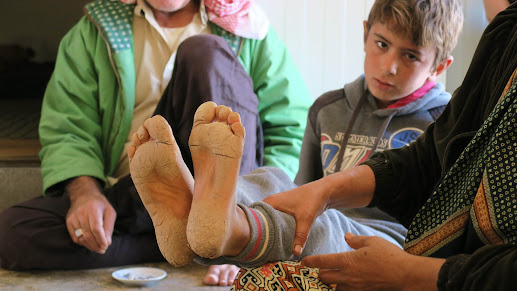 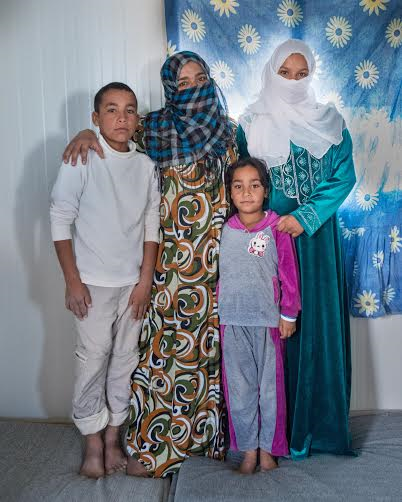